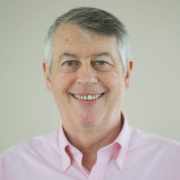 Brian Stein is Chairman of the Radiation Research Trust (RRT). He was awarded a CBE in 2014 for his contribution to business and the charity sector. Brian is also a director of the Industries Trade Association and Chair of a number of charities (Leicester Cares, Leicester Common Purpose).

Currently a non-executive director of two food companies, Chair of the Nottingham University Samworth Academy and a trustee of the Princes Countryside Fund, Brian has continued his studies with the Open University, gaining a law degree and a Masters in Business Administration

Background: Born in Liverpool, Brian began his career in Wiltshire as a management trainee with Bowyers. He spent 12 years in Wiltshire before moving to Nottingham and joined Northern Foods as the Managing Director of a dedicated Marks & Spencer chilled food site. Five years later he was Managing Director of Pork Farms and was promoted to the Group Executive of Northern Foods.

He became Electrically Sensitive (E.S.) in 2000 and joined ES UK and the Radiation Research Trust (RRT) as a trustee to advance the recognition of E.S. and the dangers of electromagnetic radiation.

Eileen O’Connor co-founded the UK’s Radiation Research Trust (RRT) and she has been the Director since 2003, taking RRT global. The RRT raises public awareness of the health effects of radiation regarding mobile phones, masts, and WiFi. She has helped to raise funds to organise events such as the RRT 2008 conference at the Royal Society, London, meetings and events in Westminster, the EU Commission, the World Health Organization and the Institute of Mechanical Engineers.

Ms O’Connor has lectured at events organised by the RRT, met with MPs, MEP and other political leaders engaging and supporting parliamentary debates, questions and the Declaration to the European Parliament on the risks of exposure to electromagnetic fields resulting from the use of wireless technology. Eileen was also a speaker on a panel at the famed Commonwealth Club in San Francisco where American presidents and dignitaries have spoken through the years.

Ms O’ Connor has worked closely with the media for articles with national and International newspapers, radio and TV appearing and named in news reports such as Telegraph, Guardian, Daily Mail, magazines and appearing on Sky news, GMTV, This Morning, Irish TV, Russian TV, local TV and radio.

She took her message to the country by participating in the 2005 national ITV television show “Vote For Me”, coming in first runner-up. She “ran for MP” on the show every night for a week, using the platform that ‘health must be taken into consideration when siting a mast’.

Ms O’ Connor was invited to send her views to President Obama’s Cancer Panel for research into links with both nuclear and electro-magnetic radiation. Eileen was also invited to Russia as a guest of Professor Yury Grigoriev, Chairman for the Russian National Committee on Non-Ionizing Radiation Protection where she learned about his concerns for the world with the proliferation of wireless technology.

Background: At the age of 38 Eileen O’Connor was diagnosed with breast cancer in 2001. She knew instinctively there must be an environmental cause after discovering she was living in a cancer cluster surrounding a mobile phone mast. Eileen and her neighbour Lynn Insley formed the local action group – Seriously Concerned Residents against Masts (SCRAM). SCRAM surveyed homes surrounding the mast and compiled a list of diseases and symptoms present 7-years after the mast’s installation. SCRAM fought against the mast threatening the health of their families and neighbours until it was finally removed in 2003. This successful protest has paved the way for other communities to stand up for their human rights. 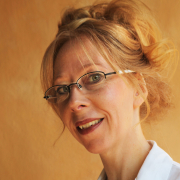 Dr. Erica Mallery-Blythe, founder of PHIRE, is a UK trained medical doctor with a decade of experience within hospital medicine of various disciplines within multiple countries. Emergency Trauma Medicine is her area of expertise in hospital, and in training for this specialty she has a broad base of medical experience including surgery, anaesthesiology, obstetrics, paediatrics and intensive care (both neonatal and adult). She has worked in hospital emergency rooms, led trauma teams, taught on trauma medicine courses throughout the UK and abroad and was selected to instruct doctors on teaching within medicine for Advanced Truama and Life Support (ATLS).

In 2008, she began researching biological effects of non-ionising radiation . This research included copious literature appraisal, conducting her own research via medical histories, medical examinations and provocation testing of those with Electromagnetic Hypersensitivity (EHS). She has provided expert witness statements regarding EHS, and been invited to discuss the public health concerns of radiation exposure at the highest political level both here in the UK, and in Europe. She has provided support for schools and parents who require advice to better protect the health of children and information and advice for doctors and their patients.

She formally transitioned from clinical medicine to full time research in 2015, and continues advise where appropriate and necessary. Given that the task of providing such support for ever growing numbers is escalating, she founded PHIRE (Physicians’ Health Initiative for Radiation and Environment) to facilitate education on a larger scale. The group already has international affiliations with medical doctors’ groups abroad and we are currently constructing best practice guidelines for non-ionising radiation (NIR) health for multiple settings