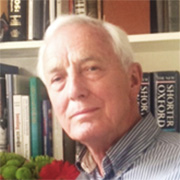 Throughout his career David Gee has worked at the interface of science and policy-making in the fields of occupational health and the environment, both in the UK with trade unions and NGOs, and as an international civil servant. Graduating in economics and politics from York University, UK, in 1968, he worked for the AUEW and then the Trades Union Congress where he was responsible for developing and rolling out the national programme of Safety Reps training, 1974-78. He moved on to a new post as National Health and Safety Officer at the GMB union (1978-88), then was appointed Director of Friends of the Earth UK (1989-91).

Between 1995 and 2012, when he retired, he worked on Information Strategy and then as Senior Adviser on Science, Policy and Emerging Issues at the European Environment Agency (EEA) in Copenhagen. The EEA is a data, information and knowledge providing institution of the EU whose main clients are the European Commission, European Parliament, the Council of Ministers, Member States, and the public.

Among such long term projects as eco-tax reform and eco-efficiency; scientific uncertainty; children’s risks from environmental hazards; methods for evaluating evidence of potential harm; the precautionary principle; and regulatory reform, particularly on hazardous substances (eg the UK COSHH and the EU REACH regulations), David initiated and co-edited both volumes of the influential “Late lessons from early warnings” reports (EEA, 2001, 2013), some of whose chapters he also authored. 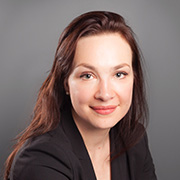 Co-founder of Hackett & Dabbs LLP, Lorna Hackett is a barrister specialising in human rights and public law and is committed to protecting the most vulnerable within society. Ms Hackett has a strong track record in judicial review proceedings and also trains other barristers in advocacy. Ms Hackett is a renowned public speaker in the areas of social justice and client-focussed legal services and a member of the British Academy of Forensic Sciences. 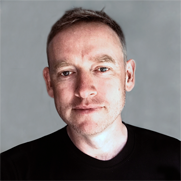 Trevor Piggott has over twenty years experience in IT, specialising in Web Development and Search Engine Optimisation (SEO). As a former Associate Architect at CSC (Computer Sciences Corporation – now DXC Technology), Trevor worked on a number of accounts, including Airbus (Toulouse), as part of the ‘Sup@irWorld’ Customer Supply Chain team, where he provided animated and graphical content for corporate presentations. He also worked on the BhS (British Home Stores) account as Lead Intranet Developer.

Trevor began to experience symptoms of EHS in 2017, including: severe dizziness, insomnia, and anxiety, which became so severe as to significantly reduce his ability to work. After following all of the conventional channels offered to him, Trevor learned, by chance, the negative effects of EMFs. The simple removal of wireless devices (Wi-fi, Chordless phones etc) saw the symptoms, quite literally vanish ‘overnight’, such was the impact.

Now, Trevor runs his own web design company, First Web Design, from a fully hard-wired, and wi-fi free environment. He is also, currently, part of the Web and IT team at Embrace CVoC, a children’s charity that provides practical and emotional support for children affected by crime. 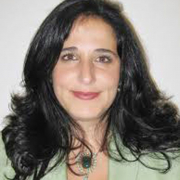 Dafna Tachover is a human rights attorney and the founder of “We Are The Evidence”, an advocacy organization for the protection of the rights of people who got injured by wireless technology radiation. She is an attorney both in New York and Israel and got her degree from the UK. She also has an MBA and has had an international legal and business career with focus on strategic advisory. She has a technical background and served as the commander of computer and communication center of the Israeli Defense Forces operational center and headquarters.

After she developed Electro-Sensitive in 2009, she became an activist and an expert on the issue of wireless technology radiation and focuses much of her efforts fighting Wi-Fi in schools and promoting the rights of the electro-sensitive.

In 2012 Ms. Tachover initiated a case to the Israeli Supreme Court asking for an injunction that would ban the use of Wi-Fi in schools. While working on this case, she exposed an existing epidemic of Electro-Sensitivity amongst children; she found over 200 sick children in 6 schools alone. Her case aroused national and international interest both in parent groups and in the media.

In 2014 she represented 94 organizations from 22 countries in submitting an Amicus Brief in a case in New-Mexico concerning a man with Electro-Sensitivity who was forced out of his house. In 2015, she testified in front of the Children Rights Committee in the Israeli Parliament. The Committee scolded the Ministry of Education and, convinced of the harms of Wi-Fi, determined that the installation of Wi-Fi in Schools is a violation of children and parents’ rights. It asked that Wi-Fi be removed and that wired networks be installed instead. She also has been working to educate the medical profession about ES and wireless technology harms and gives lectures on the topic to increase awareness.

Ms. Tachover is one of the leading speakers on the issue of Electro-Sensitivity. She has been successful in helping to create an informed public. Her story was published in 2012 in the weekend magazine of an Israeli paper, where it created a stir.

Ms. Tachover has been featured and interviewed frequently by TV, radio and newspapers in Israel and worldwide. In the US she brought the issue of ES into the mainstream media with a Time Magazine movie she promoted and in which she is featured.called “The Search for a Golden Cage”. She was also interviewed by New-York Magazine.