What is Electromagnetic Radiation (EMR)?

You are here: Home / What is Electromagnetic Radiation (EMR)?

Electromagnetic radiation (EM radiation or EMR) is classically radiant energy consisting of electromagnetic waves, which are synchronised oscillations of electric and magnetic fields that propagate at the speed of light through a vacuum.

Electromagnetic waves can be characterised by either the frequency or wavelength of their oscillations to form the electromagnetic spectrum, which includes, in order of increasing frequency and decreasing wavelength: extremely low frequency (ELF), very low frequency (VLF), radio waves, microwaves, infrared radiation, visible light (the only part of the spectrum clearly visible to the human eye), ultraviolet radiation, X-rays and gamma rays. Biological interaction has been shown to occur in all areas of this broad spectrum of frequencies.

This group, PHIRE has been assembled to primarily focus on the non-ionising portions of the spectrum, that is sub ELF radiation up to visible light, and the radiofrequency portion deserves great attention presently, as it is this portion that is rapidly escalating due to increased use of devices such as mobile phones and Wi-fi. 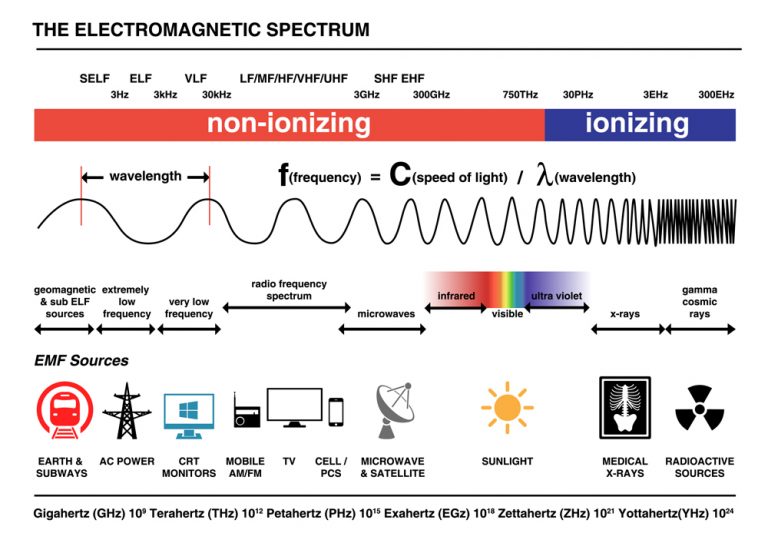 Thank you to Dojo Interactive